While academia is often considered an ivory tower, academics are more and more aware of the necessity to connect with stakeholders while carrying out their research.

This is the case also in law. Empirical legal research goes back to the second half of the past century. Studying law in practice involves the systematic collection and analysis of data. The sources of data are multiple and different, including but not limited to surveys, interviews, documents, reports, and focus groups. The systematic nature of the data-based research does not refer only to the collection process but also to the analysis and the interpretation of the results (Cane & Kritzer, 2010).

The two legal PhDs of AUTOBarge, ESR14, Sophie, and  ESR 15, Camilla, have included empirical legal research in their research plan. Two rounds of interviews and questionnaires will be conducted as part of their research. The first round aims at gathering the market preferences, which will be used to design a proposal. With a feedback loop, the market has the opportunity to express its views on the solutions proposed. Eventually, the final legal design will be finalized taking into consideration market preferences and expectations.

However, the empirical research is planned for a later stage, when the doctrinal and comparative parts are completed. In the meanwhile, it is vital to keep the contact with the market. For this reason, under the guidance of our supervisors, we decided to set up a steering committee composed of inland waterways transport stakeholders.

The role of the steering committee is twofold: first, it provides feedback on the advancements of the current research and allows validation of the obtained results; second, it is the perfect platform to gather input for further research and to test preventively hypotheses or ideas. Moreover, it is a win-win situation.  Camilla and Sophie aim to collect feedback and inputs while the industry gains a privileged view of the research, including the newest research results and developed ideas, sometimes before they are even published!

Our call for interest got a very warm welcome from the sector with many stakeholders interested in the research and the two legal sub-projects. The Legal Research Steering Committee on autonomous barges gathers for the moment 14 stakeholders from 4 European countries (France, Belgium, Netherlands and Germany) and 2 supranational institutions: the CCNR and the European Union. The stakeholders represent the entire IWT ecosystem including port authority, inland waterways authorities, shipowners, shipbuilders, technology providers, ministry of infrastructure, ocean carriers and insurance brokers. 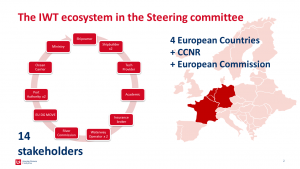 The first meeting was held on 2nd December 2022 at the Faculty of Law of the University of Antwerp (Belgium) with the option to participate via an online stream. The meeting was divided into two parts: first, the AUTObarge project was introduced and the two ESRs shared their latest research results and subsequent feedback from the Steering Committee members; second, the aim to collect input for further research was achieved through an interactive session with an online questionnaire with the possibility for the stakeholders to comments on the results.

The next session is planned for mid-2023, and every 6-9 months until the end of the programme, to keep bridging the gap between industry and academia.

An article by Camilla Domenighini 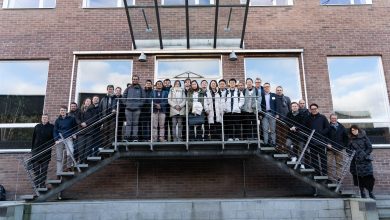 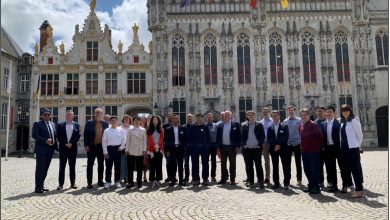 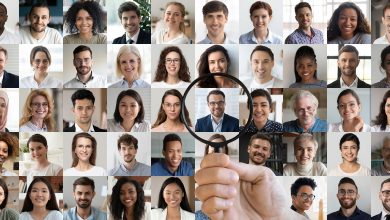 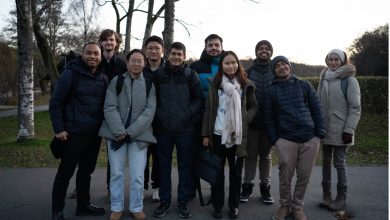 This project has received funding from the European Union's EU Framework Programme for Research and Innovation Horizon 2020 under Grant Agreement No. 955768.